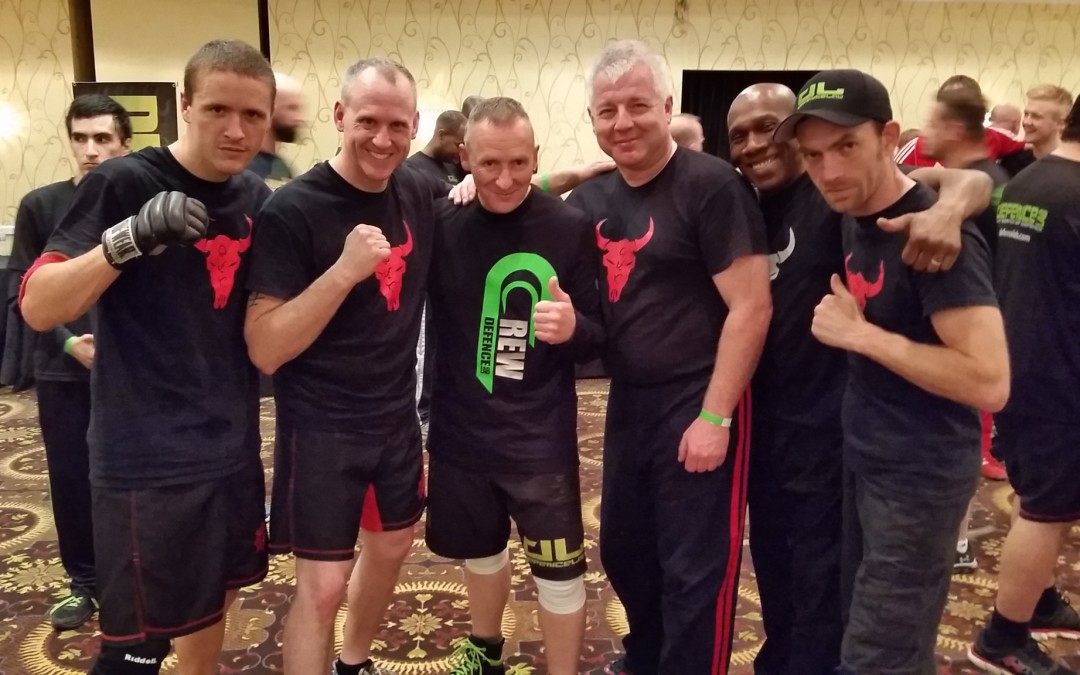 Last summer while teaching in Italy I got to meet a man named Andy Norman. He ran this organization called Defence Lab. I didn’t know much about him other than he had choreographed some of the fight scenes from Batman Begins.  After talking and working with him I decided I need to see more of his system. I was invited to be his guest at the US conference on June 6th and 7th in New York City. It had been awhile since I had a group outing for my people to attend to someone else’s event, so I decided to bring four of my people from the US & Canada.

From the moment we arrived we were welcomed with open arms. Made to feel part of the DL family! Not only did I get to participate in and these classes I also trained with Phil Norman of the ghost program as well as European legend Bob Breen currently teaching the 4D method. The training on Saturday was great and followed by one heck of a banquet.

Sunday’s training started Brighton early and I was asked to teach in the series of classes before and after lunch. I ended up teaching blade in the morning and stick in the afternoon. Once again with everyone’s varied styles and backgrounds it was refreshing to see how open minded all the practitioners were.

I want to think Andy Norman and his crew for inviting me to their event. I would also like to thank John and Mike from Defence Lab Lynbrook for the phenomenal job they did hosting the conference. I want to make a special thank you for William Hartke the Buffalo Defence Lab lead instructor who’s been helping my group and myself on learning fundamentals of their system. I’m looking forward to working with Defence Lab on some joint ventures in the future!